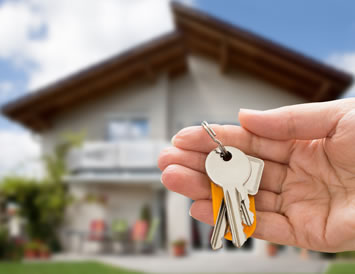 With a size of more than 2.1 square miles, Telluride, Colorado, is a charming town that currently contains more than 2,400 residents, and the town features numerous ski resorts, a museum that frequently attracts vacationers, numerous trails that are situated near winding rivers and a historical district that has many shops. In Telluride, Colorado, homes currently have a median value of at least $462,000; however, the average worth of houses decreased significantly during the last five years. Since January 1, 2018, the number of interested buyers increased considerably, and during January 2018, more than 20 individuals purchased homes in Telluride, Colorado.

Examining Trends That May Affect the Values of Houses

Numerous reports have indicated that the median worth of homes may rise significantly because of the influx of visitors who enjoy multiple winter sports, and the reduced prices are effectively attracting buyers and investors. In the town’s northwestern section, multiple houses have values of more than $2.5 million, and throughout the northern neighborhoods, the average worth of homes may be significantly greater than the median value of houses in the town’s southeastern section.

During January 2017, new inhabitants bought more than 25 homes in Telluride, Colorado, and throughout July 2017, residents purchased at least 40 houses. Since December 2017, real estate agencies sold more than 30 homes that are situated in Telluride, Colorado, and some reports suggest that the number of yearly sales may increase by 35 percent during the next two years.

When guests visit Telluride, Colorado, many tourists explore the Telluride Historical Museum, which contains 10 themed rooms. The museum features exhibits that have old photographs, equipment that the initial residents commonly used, clothing that inhabitants had created and items that are associated with mining. Furthermore, the museum features historic maps that were created before 1886.

Visitors can walk on a trail that is situated near a gorgeous waterfall, which has a height of more than 365 feet. The waterfall is located to the southeast of Telluride, Colorado, and numerous reports have shown that the waterfall attracts at least 18,000 visitors during each year.

Many guests explore Mount Sneffels, which has a height of more than 14,100 feet. The mountain is situated to the north of Telluride, Colorado, and guests can visit winding trails, especially long slopes that many skiers frequent and overlooks that offer picturesque views.

Established in 2003, Telluride Rentals can help visitors to rent many types of homes in Telluride, Colorado, and guests may examine a description of our company, reviews that numerous clients have provided and homes that are available. If you have any questions about our services, please contact us.